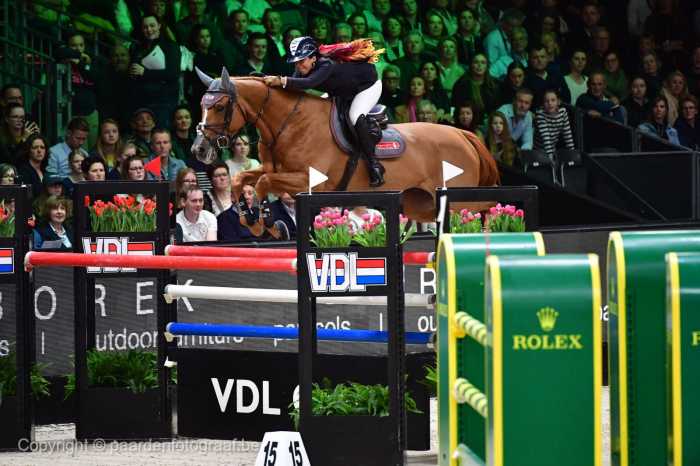 FIRST AUCTIONED EMBRYO OUT OF LIZZIEMARY SOLD FOR 50,000 EURO

In most online auctions from Youhorse.auction young and ridden horses claim the limelight, but on Tuesday-night 8 March the auction clock ran for embryos, broodmares and frozen sperm. The embryos that were described as favourites soon found new owners all over the world. The Emerald out of the 1.70m Grand Prix mare from Dani G. Waldman, from which no offspring had ever been auctioned before, was claimed by a client of Alan Waldman for 50,000 euro.

“It will be an amazing foaling season for those who bought from our breeding auction, for there were many very special ones. Which was immediately reflected by the bidding”, says Mario Everse, who, together with Alan Waldman, had organised this 20th auction.

The demand for the foal-to-be-born out of the retired top-class mare Lizziemary (Cabri d’Elle x Acord II) was high straight away. “It took us a while to get permission to auction it, but the result made up for this reluctance”, says Mario Everse.

Also the embryo that has H&M All-In (Kashmir Van Schuttershof x Andiamo) as a full brother was popular. It went for 36,000 euro to France. For the full brother of Halifax van het Kluizebos (Heartbreaker x Fetiche du Pas) the new owner paid 24,000 euro. The grand-children of World Equestrian Games champion Liscalgot were knocked down for 20,000 euro (Comme il Faut) and 14,000 euro (Dourkhan Hero) and will both go to France.

The most expensive broodmare, who went for 26,000 euro, was Chaccothiara PS (Chacco Blue x Conthargos), in foal to Dominator Z. She will go to Poland.

Next auction
In the coming months Youhorse.auction will offer showjumping horses again and you can still enter your horse. If you have an above-average showjumping horse, green or under saddle, you can enter it via the website. The next video/selection days are Tuesday 15 March (free jumping) and Thursday 17 March (under saddle) at Stal Everse in Waddinxveen. The auction will be held from 2 to 5 April.