Real winner in the future 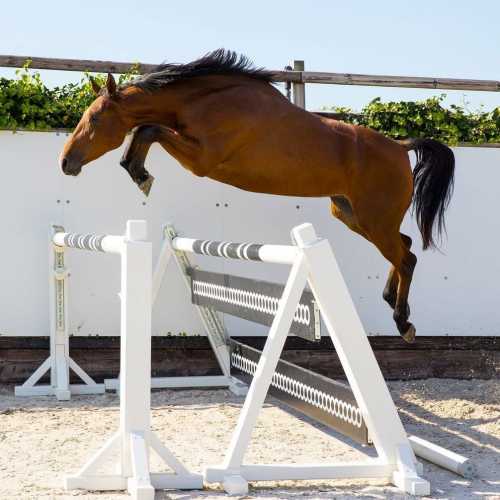 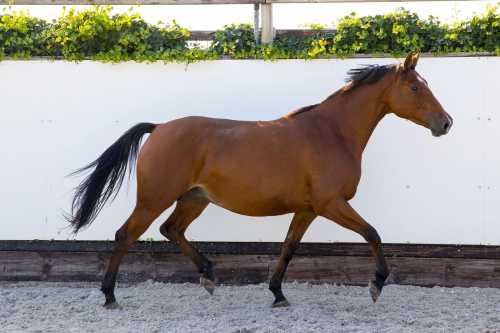 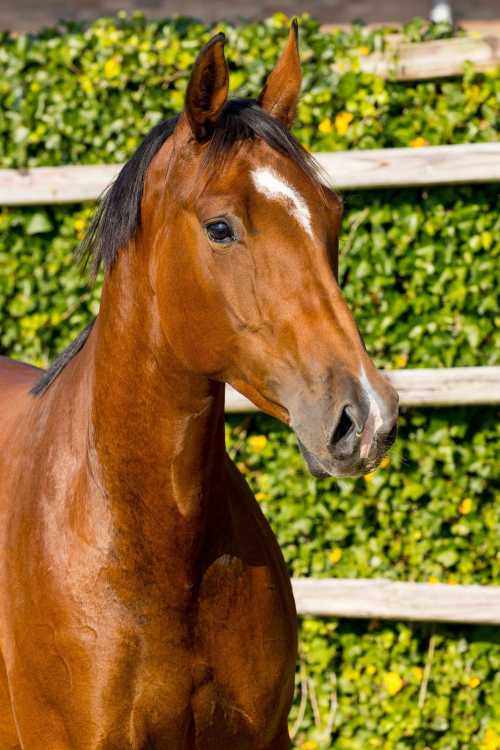 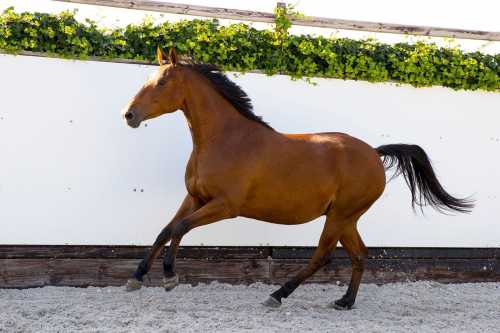 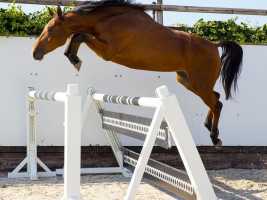 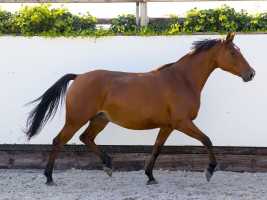 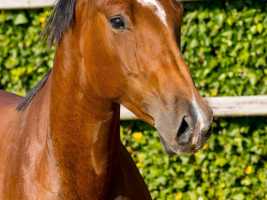 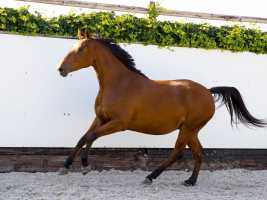 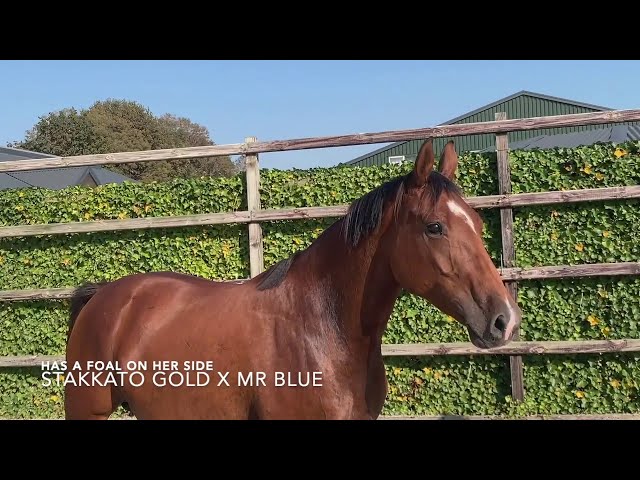 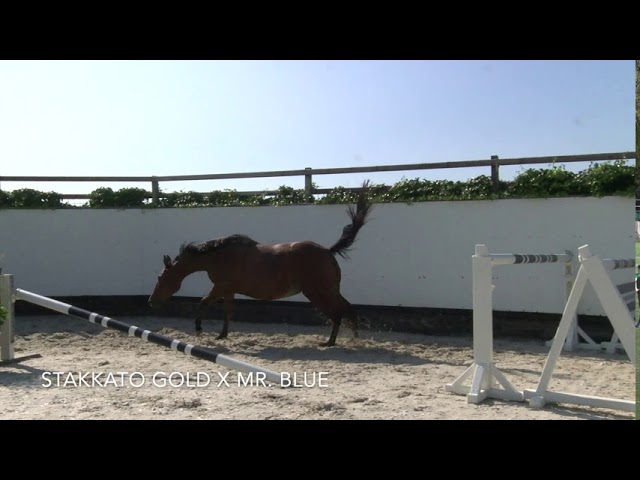 Saga Marienshof is a 4-yr-old mare with a foal at foot this year and ready to be trained for the sport. She looks a sharp horse and we believe her to be a real winner in the future. She is careful and displays a lot of scope in free jumping.

Sire Stakkato Gold, who has two Grand Prix parents, performed at 1.50m level himself but is even better known as sire of numerous 1.60m Grand Prix showjumping horses.

Harmonie, for example, is dam of the KWPN stallion Dutch Design (Dollar de la Pierre), who under Henk van de Pol started at 1.55m level as a 9-yr-old, and of eight 1.30-1.40m level showjumping horses. Harmonie’s AES-licensed grandson Evidence (Cornet Obolensky) is jumping at 1.50m level in the USA under Taylor Chaubard.