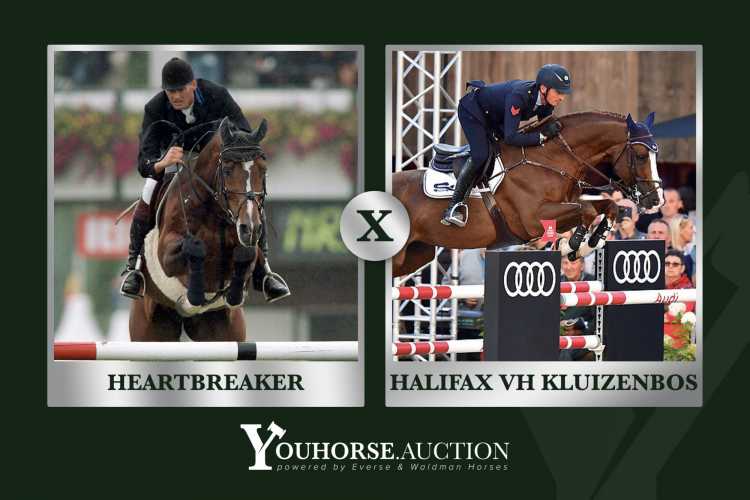 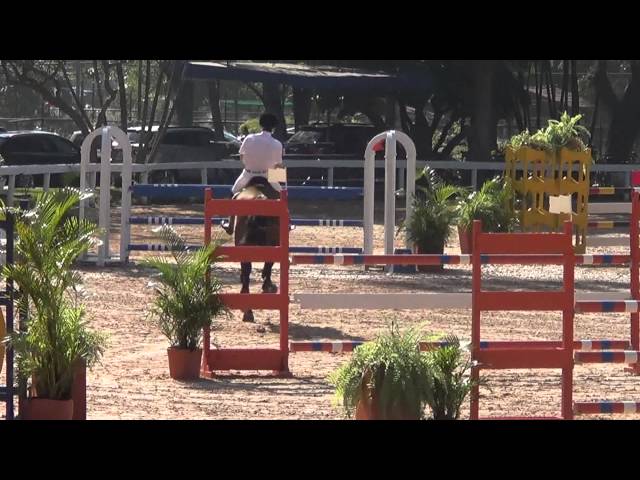 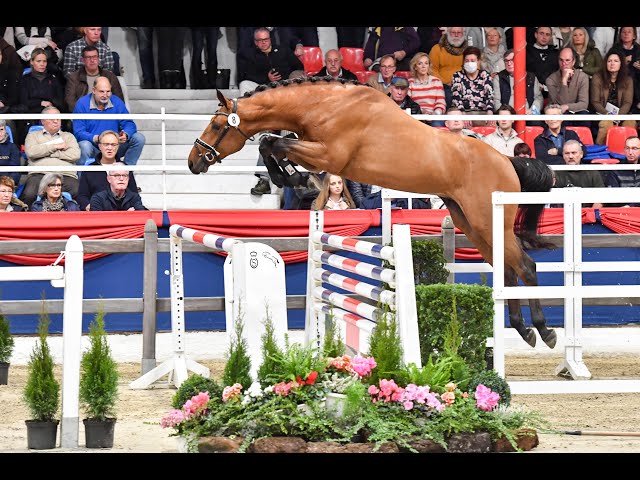 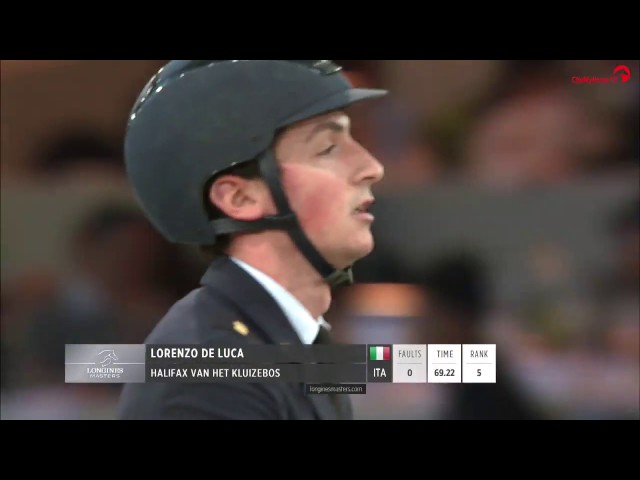 This is your chance to claim the full brother or sister of the 1.70m Grand Prix stallion Halifax van het Kluizebos! Halifax jumped very successfully under Lorenzo de Luca (ITA) and won so many Grand Prix’s in 2017 that he was proclaimed ‘WBFSH Horse of the Year’. A year later he won the prestigious Grand Prix of Rome. And also amongst the breeders Halifax van het Kluizebos is in the picture. The offspring from his first breeding years are already breaking through at international level.

It is remarkable that we still see products of top-class sire Heartbreaker being born. Because of fertility problems due to his high age, he has not been available for breeding until the ICSI-techniques were introduced.

Heartbreaker is here combined with Dalida van de Heffinck (Fetiche du Pas), who is also dam of the 3-yr-old, recently in Oldenburg awarded stallion Cha Cha-H (Chacco Blue). Cha Cha-H was for the Oldenburger auction the most expensive jumping stallion and he went for the price of 300,000 euro.